I will be a participant of Defeat Holiday Stress and Start the New Year Right! Monday, December the 3rd, 20112. Please make a point to join us in Zionsille!

This is a free program put on by Zionsville Holistic Chiropactic because what we plan on teaching has the potential to DEFEAT HOLIDAY STRESS and START THE NEW YEAR RIGHT! Register online.

From the official website, “There are fundamental steps that you can immediately apply so the end of 2012 provides you with the momentum to make 2013 the best year yet. In addition, we promise that you will still be able to enjoy the holidays on multiple levels, but like we previously mentioned, start the new year right!”

On July 17, Zionsville Current published an article about acupuncture and Eastern medicine called From East to West. Dr. Kokkalis spoke about the arrogance of Western medicine due to it’s tendency to dismiss Eastern medicine even though it’s been used for much longer. “We need to be more humble as doctors; we are servants of people and God,” she is quoted as stating. 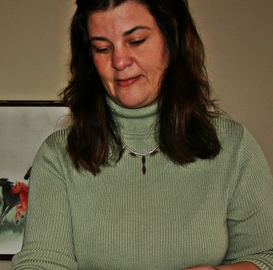 Angelica recalls her first experience with Eastern medicine in Greece where as a child her mother used alternative Eastern treatments that ultimately healed her of seizures. More on this story can be found in Angelica’s post, Merging East with West, but it was ultimately this experience that turned her onto the value of Eastern medicine, but it wasn’t until she discovered acupuncture in a French magazine that she found her life’s path.

“The seizure (and her unique recovery) brought up my interest in wellness, specifically in solving the problem rather than just management of disease,” she said. “The magazine had a face in it with acupuncture needles, and that was intriguing. I decided that’s what I wanted to do.”

She tells about her studies in China and the obstacles she had to overcome with the Greek and Chinese governments in order to be able to do that. Her desire to be an ambassador between East and West medicine overcame the objections of the Chinese government and allowed her to stay, study, and graduate with honors.