It was her mother’s agonizing prayer that saved Angelica Kokkalis’ life and set her on a journey of healing others. 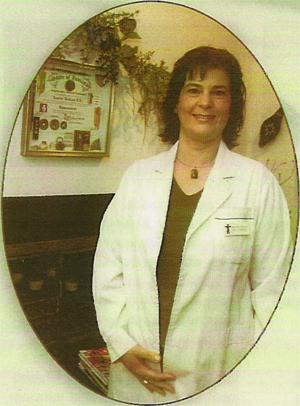 When Angelica Kokkalis was 3 years old, she began having grand mal epileptic seizures. The seizures became so severe that her physician prescribed Valium. It left the girl drooling and numb to the world.

“I don’t remember my childhood,”says Kokkalis, who grew up in Greece. She was enrolled in a special needs school where she showed signs of academic promise when not on her medication. This continued for nine years.

And it was when Kokkalis was 12 years old, that her mother uttered the prayer, “Take her or heal her.” “My mom was on the bus when someone mentioned that she needed to try therapeutic medicine with me,” says Kokkalis. “It would take 40 days. She was to put me on a strict vegan diet, drink a tea rich with enzymes, take me off my medications and pray.”

That’s what her mother did.

“On the 37th day, I had the worst seizure I ever had,” says Kokkalis. “I was comatose for three days and three nights. I don’t remember anything.”

She does remember waking and being thirsty. The therapeutic remedy had worked.

But on that day, her mother’s faith in the unconventional brought Kokkalis back to the living and would forever shape her future.

In 1979, when Kokkalis was 14, she was sitting in class when a magazine editor arrived as a guest speaker. It wasn’t the speaker that caught Kokkalis’ attention. It was the cover of the magazine depicting acupuncture. Kokkalis was hooked.

At the age of 17, she received a Sino-Greek Government Student Exchange Scholarship to study medicine in China, where she combined her education in conventional medicine with training in Traditional Chinese Medicine (T.C.M.). She learned how the least invasive treatment is best. She learned about herbs, acupuncture and other treatments that soothe the body in a more natural way.

“The Chinese philosophy considers the bone to be elastic,” explains Kokkalis. “Different herbal remedies combine to create collagen. Grapeseed extract, for example, is good for strengthening.”

Kokkalis enjoys figuring out what makes a person tick and then creating a strategy that gets results. “I see the unique characteristics and make a unique creation for that individual,” she adds.

Ann Malaska agrees. She has been seeing Kokkalis for nearly eight years. What started as a treatment for a foot problem has resulted in Kokkalis helping Malaska with other health issues as well.

“Everything about a person is interconnected,” says Malaska. “The whole person has to be addressed and she has a sense of that. Everything I’ve come to her for, she’s gotten me to a better level of healing.”

Kokkalis’ blending of medicines provides patients with technological advances of the West and time-honored traditions of the East. “Look at the word ‘dis-ease,’” says Kokkalis. “When you’re not at ease with yourself, you get sick.”

Kokkalis is a firm believer that good health begins with good nutrition. She encourages women to eat healthy, wholesome foods and as use as much organic meats and produce as possible. Once your diet is in order, Kokkalis will suggest treatments that best suit your personal needs. 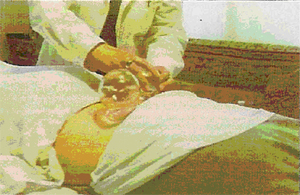 “Therapeutic massage is the No. 1 prevention of disease,” she adds. Although Kokkalis has been in the field of alternative medicine for years when it wasn’t easily accepted in the Western culture, she says she has noticed a shift. “In the last 10 years, the attitudes toward alternative methods have shifted greatly.

A method of applying therapeutic heat produced by ignited moxa wool or roll over the well defined skin surfaces. The moxa is made by an herb called “Artemisia Bulgaris”. Moxibustion has the function of removing obstruction from the channel and regulating the Qi and blood. It regulates the function of the endocrine and nervous system and promotes the function of the immune system. It also promotes the function of the Chong and Ren channels in controlling blood to nourish the fetus and correct improper fetus position. For instance, Wang Wen-shi used moxibustion on Zhiyin (UB67) to treat 2069 pregnant women with malpposition of uterus. One treatment lasting 10-15 minutes was given every day. Four treatments were considered as one course. 90.32% were cured after one to five courses of treatment (1869 cases). Doctors from the third teaching hospital in Guang Zhou recorded 1218 cases of the same problem treated in 12 different hospitals. Their results were 80.2% cured cases. Laboratory research proved that this method can promote secretion from the suprarenal cortex and promotes the movement of the uterus. One hour after moxibustion the fetus movement reached a peak or in the evening of the day that the patient had received the treatment. Yie Qingfang has reported that an effective rate of 88.55 was achieved in treating 260 cases with lactation deficiency, by applying moxibustion on Tanzhong (Ren 17).