Dr. Kokkalis was invited to give a talk as one of the first foreign student medical graduates and she hopes she can collaborate with the university doing some research on the effects of acupuncture and autism. The department of Neuroscience and the leading world renown prof Ji Sheng Han have already great results from preliminary studies. 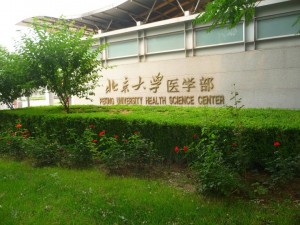