Five thousand years ago in a tranquil basin of the Yellow River, a civilization was born deep in China. The people and culture that emerged from this region eventually inhabited much of the Asian continent. 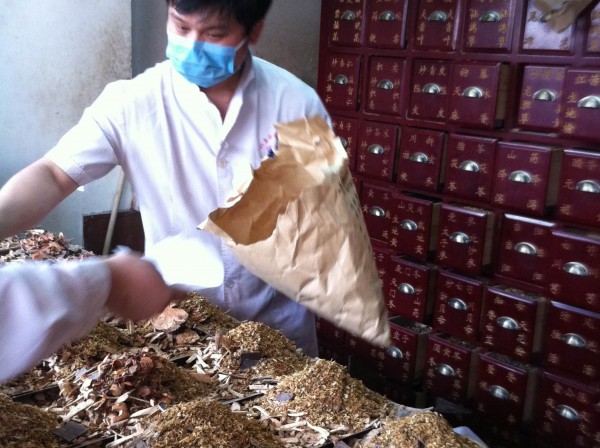 They had no formal religion, so instead their lives were governed by an abiding respect for nature and a fundamental reverence for the powers of creation. As they observed nature, they built a philosophy and patterned their lives upon the natural laws of the universe.

Life, along with its many challenges, is a puzzle. Rather than creating solutions, the early Chinese instead sought answers. They observed and imitated nature, a model already perfectly designed. Their philosophical base was deep and became defined to their generation.

The numbers one through five have a symbolic meaning in the Chinese philosophy.

For man and nature there is but one origin, a creator of peace and harmony. The first dimension, heaven, served to remind man of a divine realm beyond the tangible earth, and that all things physical also have a spiritual nature. Two represents balance; the competing and complementary forces of Yin and Yang, one inward/one outward, one positive/one negative, but whole when in balance.

The number three stands for heaven, earth, and man. Human beings exist to live on, and of, the earth. Four illustrates variety and is exhibited by the four seasons of nature. In variety is found difference, changes, and the joy of the earth. The number five represents the five elements that comprise all of the universe: fire, earth, metal, water, and wood.

For harmony to exist, all five elements must be present in man, fish animals, plants, trees, and flowers. In all creations, the five elements are working in constructive tandem in what is called the “cycle of quinary”.

The Chinese have believed for thousands of years that true harmony is achieved only when balance exists. To achieve harmony in their lives, the Chinese sought to master the laws of nature and the laws of the universe. Because they had no understanding of an afterlife, the quality of their present life became their primary focus.

The ancient Chinese summed their belief with a saying, “to live long and to live well”. Health and longevity were achieved out-
wardly through exercising and inwardly through proper nutrition and meditation. To the Chinese, health was a product of the foods they ate, the air they breathed, how they exercised their bodies and how they exercised their mind. The quality of their food reflected directly upon the quality of their lives.

Food must be natural, fresh, and wholesome. It must be in great variety, and always in balance. Herbs and vegetables, the natural gifts from the mother earth, were the foods that the Chinese historically relied upon to promote health. They believed in pure and natural foods which, when eaten in proper quantities and in the right combination, kept the body nourished, balanced, and cleansed. With thousands of herbs, there is an incredible variety, and, as with all whole foods, herbs maintain the natural synergy and balance so vital to the human body.

The ‘Gods of Herbs’

A man named Shen Nan experimented with plants and herbs to understand how the body could be nourished. He studied and recorded the effects on his body of eating as many as 70 different herbs each day. Hence, he discovered the herbs as food. Shen Nan taught his people how to identify, cultivate, and utilize herbs beneficial to the body and became known as the “God of Herbs”.

The legacy was continued by Huan Di, the Yellow Emperor. He subsequently assembled the finest doctors to study and document the many benefits of herbs as food.

This article was originally printed in the Zionsville Times Sentinel on 12/27/06.

Angelica Kokkalis, O.M.D., is a local Doctor of Traditional Chinese Medicine, with training and expertise in Eastern and Western medicine. Her professional mission is to relieve suffering through the use of time-honored techniques of Traditional Chinese Medicine to bring the body back into balance, thus facilitating its natural ability to heal itself.